Welcome to our website.  We invite you to get a glimpse of our beautiful horses and get lost in the experience.  They have enriched our lives for over four decades. 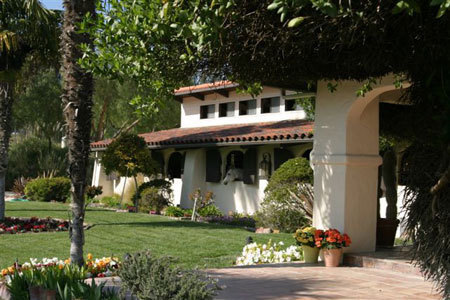 We are an Arabian horse breeding farm located in the picturesque Santa Ynez Valley in California. The name "Om El Arab" translates to mean "Mother of All Arabians" in Arabic. Our breeding program began forty years ago in the Black Forest in Germany before it moved to Santa Ynez. The Om El Arab breeding program is acclaimed as a world leader in producing World, International and National Champions.  Our foundation mare, the pure Spanish diva, *Estopa is the cornerstone of our entire breeding program.  Her influence and that of her son’s *El Shaklan, who was bred at Om El Arab, are unparalleled.  Entire breeding programs have been established around the world based upon these two individuals. 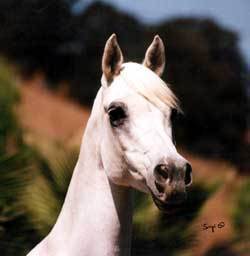 Om El Arab International is arguably the most successful private breeding program in the world. It would be difficult to research the results from all the shows around the world for the past ten, twenty, thirty or forty years, but we believe that those results would reveal the unparalleled influence of the Om El Arab breeding program.  We travel to horse shows around the world and are proud to see the influence of Om El Arab in champions around the globe.  Many of you may not know that recent Champions and producers of Champions WH Justice, Ajman Moniscione, Versace, Escape Ibn Navarrone, Eternety Ibn Navarrone, Valentino, Aja Justify, Venetzia, Lady Veronika, Maximus, El Dorada, Al Palacio, Bess Faizah, Panarea by Palawan all carry Om El Arab blood in their veins. 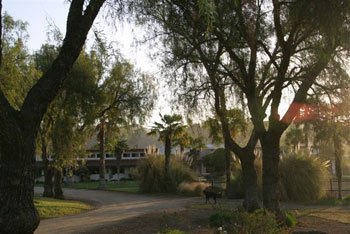 We are regarded as one of the world’s premier full-service facilities where breeding, foaling and herd management are combined with training, showing, promotion, education, riding and sales. That means besides helping you breed Arabian horses of world-class quality; you can rely on us to help you with management, promotion, and marketing. Many of the champion horses around the world carrying Om El Arab bloodlines were bred by our clients 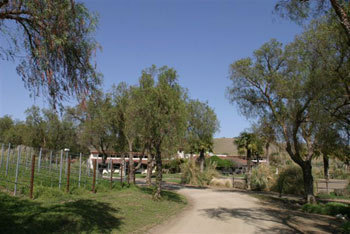 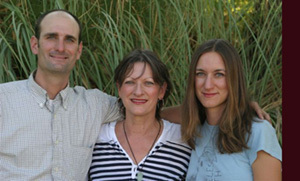 Sigi, the founder of Om El Arab, studied Economics at University in Berlin, Germany and was a student of Arabian horses and breeding philosophies.  She has a master’s degree in Horse Husbandry. At a very young age she became famous for being the first to bravely combine Spanish and Egyptian horses-this became known as the Golden Cross.  *El Shaklan was the most famous result of this new breeding style and his influence has been far reaching. Sigi, pictured below in Aachen, is also an International Judge. 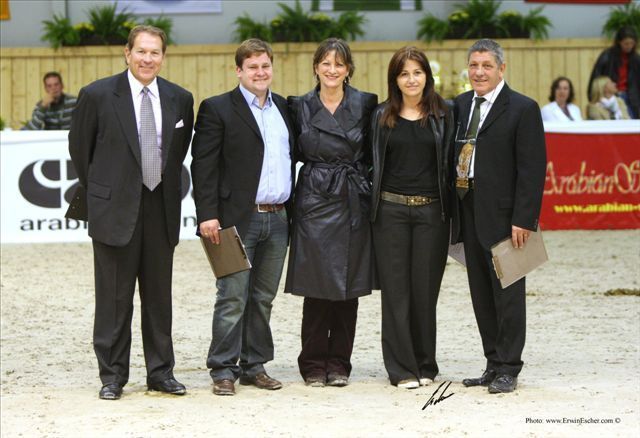 Janina studied Psychology at UCSB and grew up with the Om El Arab breeding program.  She specializes in reproduction-including ultrasounds, embryo transfers, collecting, cooling and shipping semen.  Janina enjoys every aspect of her life in the Arabian horse industry from the daily maintenance of the horses, to showing, riding, training, meeting with visitors, going to shows and supporting Om El Arab bloodlines around the world.

Ben Merz has a degree in Agricultural business and Viticulture. He is a very successful partner in the prestigious Coastal Vineyard Management Company. Ben oversees the farming and vineyard operation at Om El Arab International. 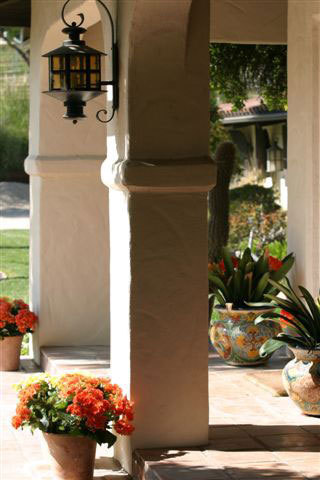 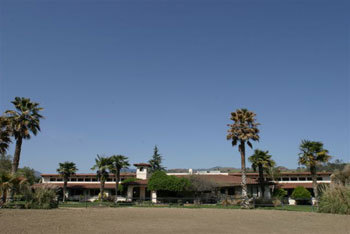 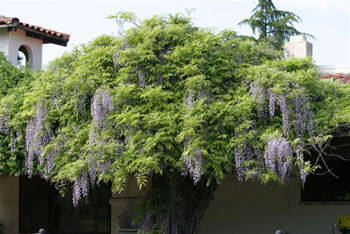 Where Beauty is Born

Ah, a Southern California morning
Infused with gold as day is dawning.
Here in this crucible of grace
Lies the home of an equine race.

Oh, this land that delights the soul
From ancient oak, to newborn foal.
Surely the loveliness that from here proceeds
Reflects majestically Creation’s deeds.

Ah, the wonder of this hallowed land
Where there is always the potential to be grand,
Not only in trophies of high esteem
But in simple living and attaining one’s dream.

Oh, these Southern Californian hills,
Where beauty is born and around one spills
This visual splendor inspires the heart
And those who visit, seldom wish to depart.

Om El Arab rests, in these fields of gold
Her exquisite progeny around her unfold,
And who could not marvel in utter awe,
The beauty that issues from this, heaven’s door.

Wishing you a blessed holiday season from our family to yours!